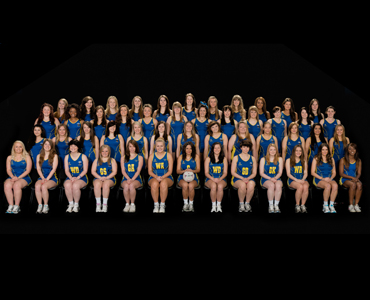 With seven teams of mixed ability, Hull University Netball Squad caters to all standards. Whether you’ve never picked up a ball or have played netball for years, all abilities are welcomed and we come together to form one squad at training sessions three times a week. We are proud to have the highest playing level netball team to represent the University in BUCS, whilst also having multiple other teams with girls who have never touched a ball in their life. All of our captains and coaches get involved in taking training sessions, making them more enjoyable for everyone! Throughout the year, we also take part in a variety of events that provide memorable moments for all, such as charity matches against other teams in the AU, AU Ball, Trophy presentation and of course the unforgettable week that is TOUR!! Not looking to play? We welcome anyone who wants to join as a social member, as not only are we renowned for our netball skills, but equally our fantastic socials that are without a doubt the highlight of everyone’s week! With every social each week, comes a different theme, making sure we are at Asylums door every Wednesday ready to enjoy the night ahead with Squad! As well as socialising amongst ourselves, we have joint socials throughout the year with other AU teams. We also have annual Squad events throughout the year, such as our Christmas Quiz, Old Girls and End of year meal which are all big events in the Squad Calendar. Netball Squad’s not just for Wednesday’s.. We are a welcoming group of girls who will soon become your lifelong friends. If you want a team that will make a huge impact on your time at University, Netball Squad is for you!

All of our clubs and societies are run by a committee.

A committee is a team of people that lead, organise and publicise a group within your Students’ Union.

It can be really rewarding as well as being a great way to gain experience and invaluable skills for your future career.