Board of Trustees – Hull University Union

Hull University Union (the charity) is governed by a Board of Trustees. The board is made up of all five elected Presidents, four appointed external Trustees, and four appointed Student Trustees selected for their skills and experience.

The Board meets at least four times per year to coincide with important times in the planning and reporting cycle. The Chief Executive acts as Secretary and advisor. The Board concentrates on planning for the future by setting the strategic direction and positioning Hull University Union so that it can continue to meet the needs of all our student members.

The commercial services you see running from Student Central are operated by the charity’s subsidiary organisation Hull University Union Services Limited (HUUS Ltd). The services include the Nightclub, Sanc. Bar, Eats, Eats Italia, the Spar and all of the entertainment which operates from the Nightclub and from Sanc. The subsidiary is wholly owned by the Charity and is a not-for-profit business, this means that all of the proceeds raised from running these services are gifted annually back to the Charity to help the charity fulfil its objects set out in the Articles of Association.

This organisation is ultimately overseen by the Charity Trustees but does have its own board. The Board is made up of two trustees from the charity and four appointed Directors selected for their skills and experience within the industries that make up the subsidiary. The Board of Directors meet four times a year and steer the direction of the subsidiary by setting the direction through the business plan.

The two organisations make up Hull University Union group for the purposes of the accounts which are published on an annual basis following the Annual General Meeting (see the Finance section on our Governance page).

All of HUSU's Trustees and Directors are expected to adopt and follow Nolan’s Seven Principles of Public Life and also sign up to the HUSU Trustee and Director Code of Conduct. 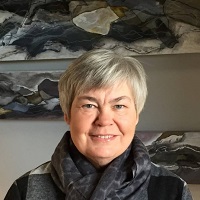 After graduating in 1979, Sara joined a graduate trainee programme with British Nuclear Fuels, launching a 35 year career in Human Resources. This was followed by HR roles in telecommunications, manufacturing, and the NHS.

In 1994 she joined the auction house Sotheby's and was appointed as European Human Resources Director in 1999, with overall responsibility for HR matters in the UK, Continent and Middle East. She retired from full-time employment in 2015, but occasionally continues to consult on people-related projects.

Sara has a strong interest in employability and has worked with schools and universities to support students as they start their careers. She has previously been a Governor of Arts University Bournemouth and a Trustee of Sight Advice South Lakes, a charity supporting visually-impaired people in Cumbria.

Sara is Chair of the Board of Trustees, Vice Chair of the Appointments & Governance Development Committee, and a member of the Finance & Human Resource Committee and the Equality, Diversity & Inclusivity Committee. Gaius is Director of Business Development at the law firm Shoosmiths. Gaius has spent most of his career in the professional services sector, holding a range of roles including Head of Client Development and Marketing Manager. His early career was spent as an Account Manager with a full-service advertising agency in Hull.

Gaius has experience of leading and delivering on strategic change initiatives as well as the mentoring and development of individuals. Gaius has held many voluntary roles, including being a Parish Councillor for South Cave Parish Council and positions with Humberside St. John Ambulance and JCI (Junior Chamber International). During his time at the University, Gaius was elected as Chair of Educational Affairs, and was the current affairs editor of the Hullfire student union newspaper.

He also holds the Postgraduate Diploma in Marketing awarded by the Chartered Institute of Marketing.

Gaius is Chair of the Finance & Human Resource Committee and the HUUS Ltd Board. 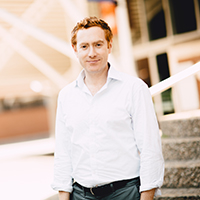 Stuart has spent most of his career financing and supporting UK businesses across the charitable, public and corporate sectors. He has recently been appointed as Head of Investment at the London Waste & Recycling Board, an organisation dedicated to delivering the Mayor of London's strategy to improve waste management and position London as the centre for Circular Economy investment.

Prior to this he was Head of Fund Management at Big Issue Invest, a leading Impact Investor, investing in and providing strategic support to UK based charities and social enterprises such as Sheffield Futures and HCT Group. As part of the management team he was responsible for positioning the organisation as a leading Impact Investor, helping to lead development of Social Impact Bonds in the UK. Stuart spent most of his career at Lloyds Banking Group having initially joined as a graduate trainee and ultimately assuming a senior position responsible for managing £5bn worth of assets. Stuart has significant Board level experience over the last 10 years, often helping to implement operational growth strategies and navigate businesses through difficult change management processes.

As well as sitting on the Board of Trustees, Stuart is a member of the Appointments & Governance Development Committee and the Equality, Diversity & Inclusivity Committee. 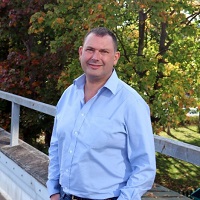 Alan Bolchover graduated from Hull University in 1994, becoming a Union Officer in the year after.

He has spent 18 years in Senior Management and is highly regarded as a transformational change leader in the realm of income stream and brand development for social enterprise.

Appointed Director of Fundraising of the Outward Bound Trust in July 2010 has overseen an increase in from £1.7m in 2010 to £8.68m per annum by 2018 to help provide activities for 30,000 young people a year. OBT now employ 300 staff in some of the most incredible locations in the UK.

Alan specialises has pioneered some of the biggest fundraising events in the UK including the Descent of the Shard, City Three Peaks and Rusty rally brands. Corporate Partnerships include brand names such as Dulux, HSBC and DHL.

Alan has won three Institute of Fundraising Awards, been shortlisted twice and numerous other awards and was recognised in the top 5 in Fundraising Magazine's most influential list 2018.

As well as sitting on the Board of Trustees, Alan is a member of the Equality, Diversity & Inclusivity Committee. 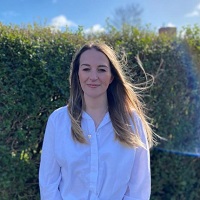 Sarah completed her Law degree at the University of Hull having been awarded a scholarship to study there in 2007. She trained and qualified at Hull firm Rollits and is an Associate solicitor specialising in private capital matters.

Sarah is a full member of the Society of Trust and Estate Practitioners (STEP) achieving a distinction in the STEP Diploma for Trusts and Estates. She is also a member of the Charity Law Association (CLA). 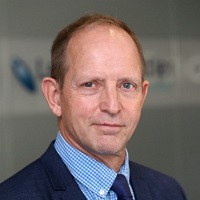 David graduated from Hull University with a Joint Honours degree in English and History in 1979. He qualified as a solicitor in 1989 and has worked as the Head of the Planning department at large corporate law firms in the private sector, having started his legal career employed as a lawyer in local government for several years before moving to the private sector. He also holds an MBA in Public Sector Management from Wolverhampton University and has twice been recognised as one of the top 25 Planning Lawyers in England and Wales in an independent survey.

David is also dual qualified as a Legal Associate of the Royal Town Planning Institute (LARTPI) and specialises in planning and environmental law.

David has significant expertise as a Non Executive Director, not only with the University Union, but also as a board member at the Ironbridge Gorge Museum Trust in Shropshire. He has a strong track record in volunteering with community led organisations, as a school governor and the Chair of a Governing Body at a large secondary school, as a board member of his local cricket club and related Charitable Trust.

He is active in several outdoor activities, including sea kayaking, mountaineering, golf, cricket and cycling and is currently training for a qualification as a Mountain Leader. 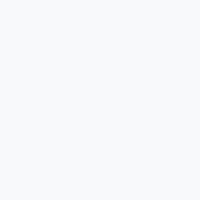 Huey has been at the University of Hull since 2017 and is currently working towards a degree in Business Management after a few years studying Astrophysics.

He has been Involved with HUU since his second year at Hull working on the Societies Executive Committee and Physics Society Committee.

He is a strong advocate of Unions and especially the responsibility that Students Unions still have to represent students interests and provide opportunities for students to learn and grow as people in the modern era.

This year alongside his Trustee responsibilities he will also be a member of Union Council, the student decision making body of HUSU. His role involves representing and giving a voice to Societies across the Students’ Union.

As a Trustee, he is looking forward to offering his perspective on the operation of our Students Union and his decisions will always be student centred.

As well as serving as Vice-Chair of the Board of Trustees, Huey is a Director on the HUUS Ltd Board, Vice Chair of the Equality, Diversity & Inclusivity Committee, and sits on the Appointments & Governance Development Committee. 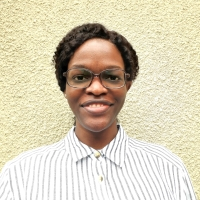 Nonye is studying towards a PhD degree in Mechanical engineering at the University of Hull and is currently in her first year. She has experience in student societies and charities - acting as a volunteer, a treasurer and a secretary, as well as organising awareness and fund-raising activities.

She has previously taken a role as an accountant in a start-up where she reviewed and implemented new financial controls for the company. She is interested in, and advocates for, the implementation and prioritisation of the Sustainable Development Goals (SDGs) in decision-making processes.

As a Trustee she is looking forward to working collaboratively with other board members to ensure that the decisions made by the Union are inclusive and sustainable.

As well as sitting on the Board of Trustees, Nonye sits on the Equality, Diversity, and Inclusivity Committee. 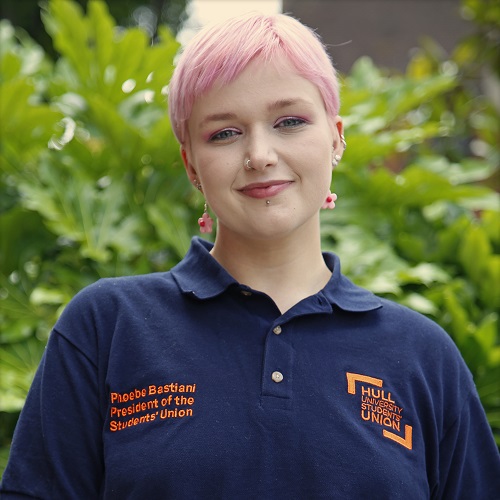 As well as serving as Vice Chair of the Board of Trustees, Phoebe is also Chair of the Appointments & Governance Development Committee and sits on the Union Executive Committee. 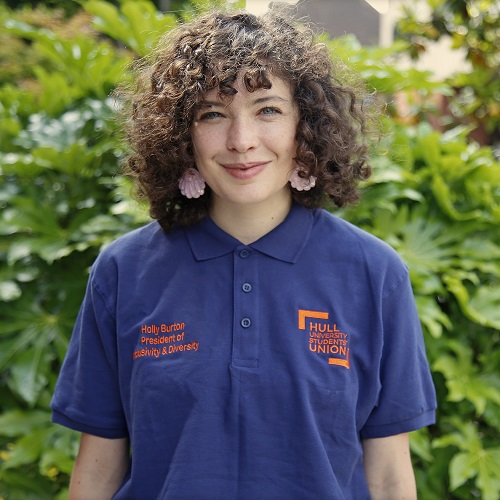 As well as sitting on the Board of Trustees Holly Chairs the Equality, Diversity, and Inclusivity Committee and sits on the Union Executive Committee. 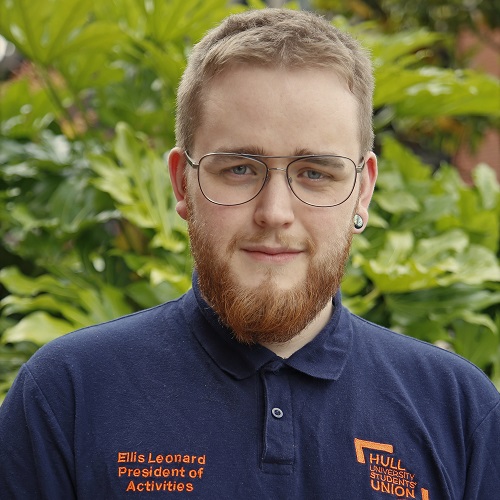 As well as serving as Vice Chair of the Board of Trustees, Ellis is Chair of the Union Executive Committee and sits on the Appointments & Governance Development Committee. 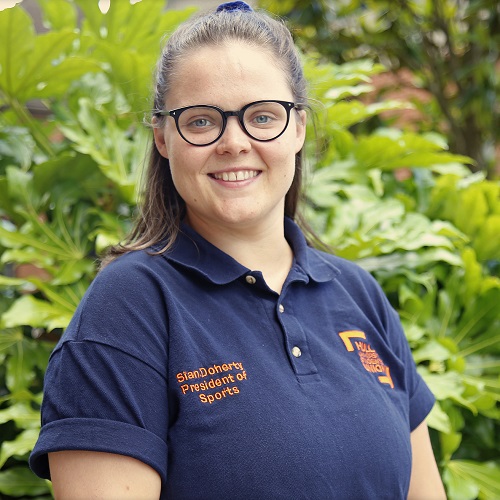 As well as sitting on the Board of Trustees, Sian is a member of the Union Executive Committee, the Finance & Human Resource Committee, and the Equality, Diversity & Inclusivity Committee. 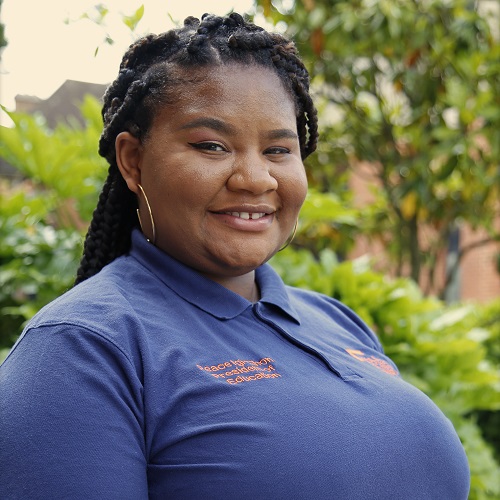 As well as sitting on the Board of Trustees, Peace is a member of the Union Executive Committee and the Appointments & Governance Development Committee.